The total amount is twice the amount the U.S. Treasury paid to bail out the auto industry during the last recession.

According to the Federal Reserve Bank of New York’s latest quarterly household debt report, student loan delinquencies surged last year, up to $166.4 billion in the fourth quarter. The report includes the total owed and the percentage of delinquent accounts past 90 days or in default. 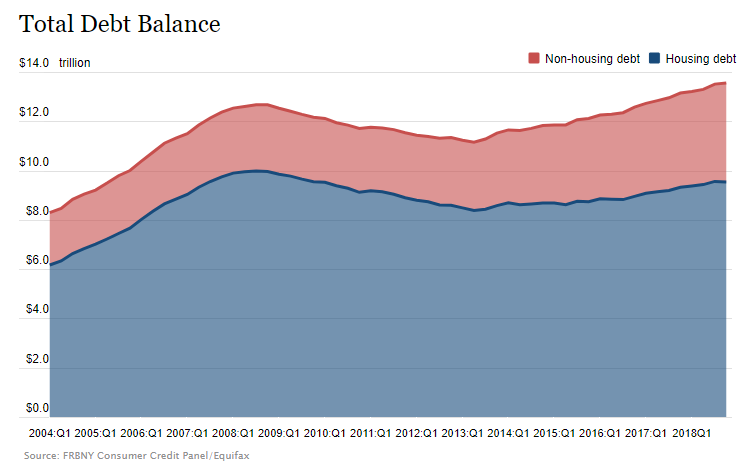 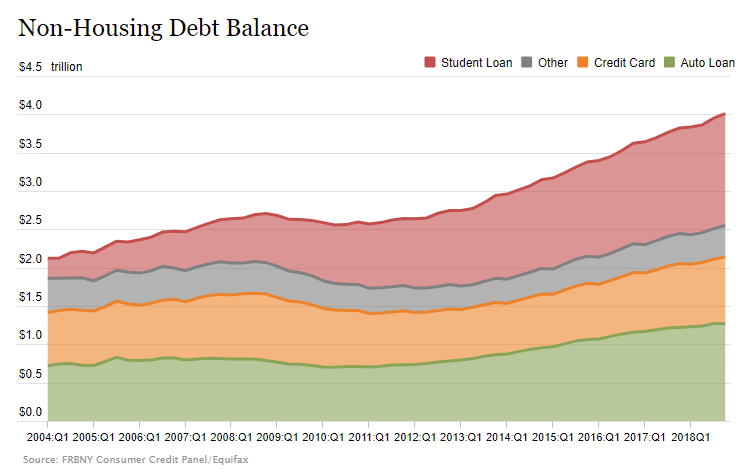 The percentage of delinquent accounts figure has stood at 11% since about mid-2012, but the total amount of debt outstanding has increased to a stunning $1.46 trillion at the end of December 2018 – and unpaid student debt rose to its highest levels ever.

Delinquencies rose even as unemployment fell below 4%, telegraphing that the U.S. job market simply hasn’t generated the level of wage growth necessary to deal with the country’s growing debt load.

Bloomberg Intelligence interest-rate strategist Ira Jersey said: “Income levels for graduates are not necessarily high enough for debt payments overall. If you have a choice to pay your student loan or for food or housing, which do you choose?” 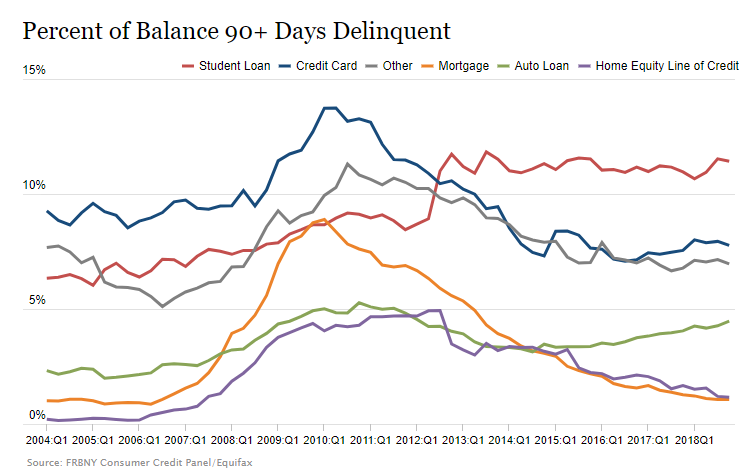 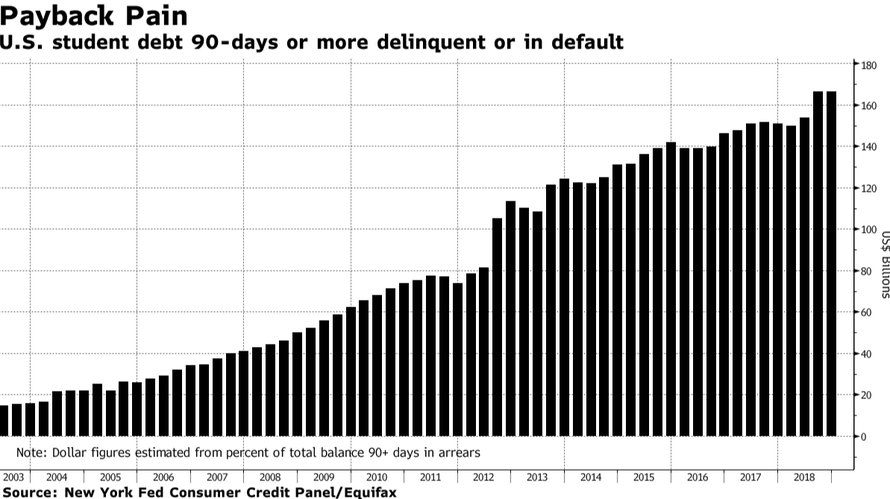 According to Jersey, the loans “probably won’t hurt the economy” because they are government-sponsored. Which is another way of saying taxpayers will once again come to the “rescue.”

“But incrementally, it does mean higher federal deficits if the loans are not repaid,” he conceded.

Echoing what we first said back in 2012, Bloomberg notes  that the total amount in arrears is twice the amount the U.S. Treasury paid to bail out the auto industry during the last recession.

Meanwhile, with the cost of higher education doubling over the last 20 years, even the St. Louis Fed was unsure as to whether or not “college was still worth it”, according to a blog posted on their website. 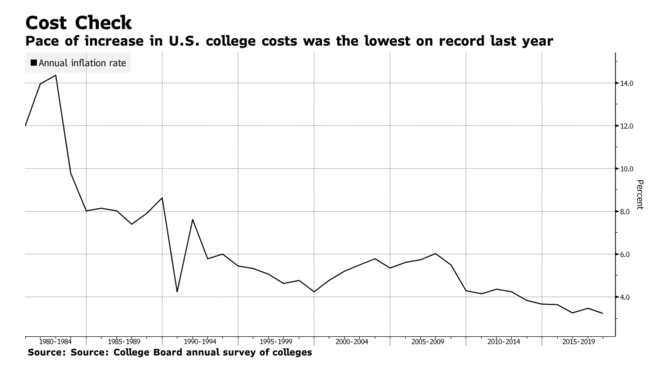 Another stunning observation: the age group that is transitioning to delinquency the fastest is not workers fresh out of college, but the 40 to 49 year old cohort, partly as a result of parents shouldering the load and borrowing to pay for their children’s expenses. 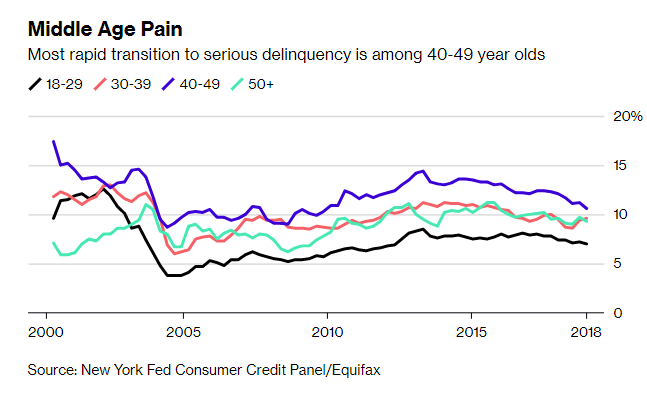 This has forced some schools to provide more support for those attending. For instance, Cornell increased tuition for 2019-2020 by “the lowest it has been in decades” and the school is “budgeting for a significant increase in financial aid”. Purdue University will also not boost room and board rates for 2019-2020, the seventh year in a row it has avoided hiking these prices.

On average, however, in-state tuition and fees for a public four year institution has risen by 3.1% beyond inflation over the last decade.