How to safely navigate the “Year of Instability”.

By Adam Taggart and cross-posted from Peak Prosperity.

As the first month of the year concludes, it’s becoming clear that 2019 will be a very different kind of year.

The near-decade of ‘recovery’ following the Great Financial Crisis enjoyed a stability and tranquility that suddenly evaporated at the end of 2018.

The world’s central banks are absolutely panicking. After last year’s bursting of the Everything Bubble, their coordinated plans for Quantitative Tightening have been summarily thrown out the window. Suddenly, no chairman can prove himself too dovish.

Jerome Powell, the supposed hardliner among them, completely capitulated in the wake of the recent -15% tantrum in stocks, which, as Sven Henrich colorfully quipped, proved what we suspected all along: 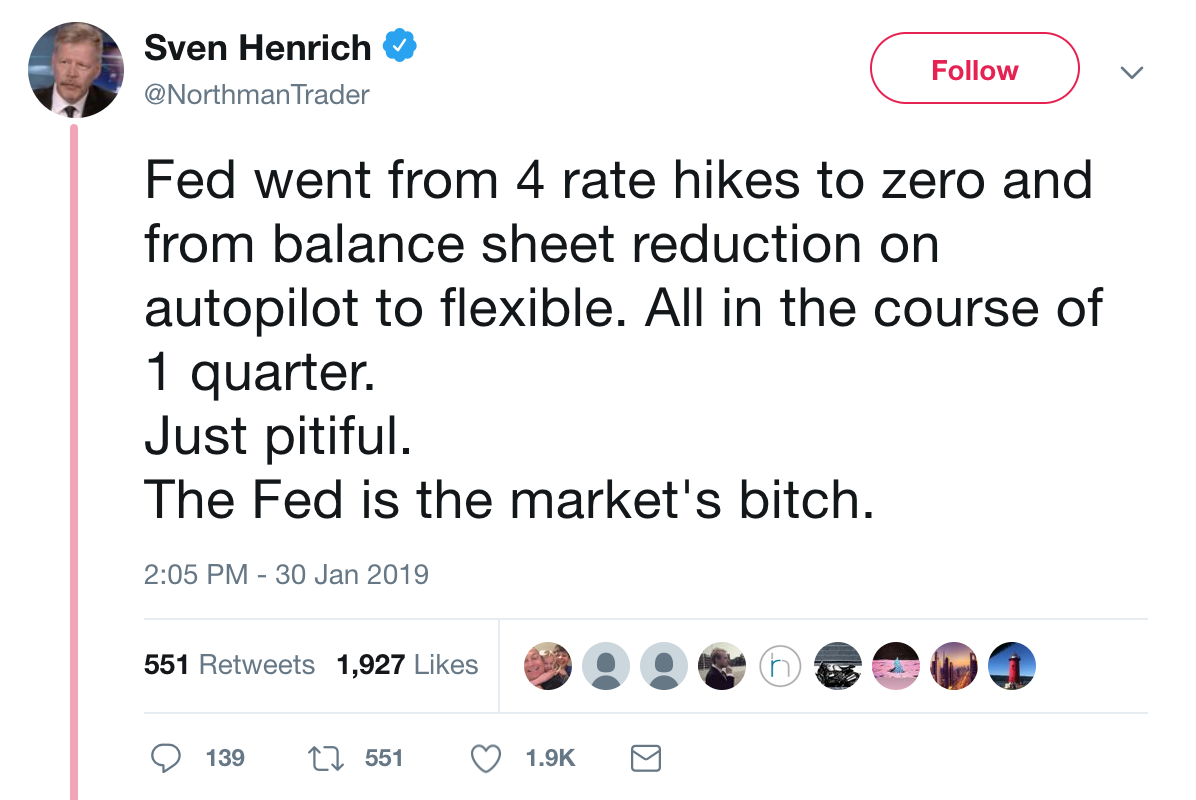 The global tsunami of liquidity (i.e. thin-air money printing) released by the central banking cartel has been the defining trend of the past decade. It has driven, directly or indirectly, more world events than any other factor.

And one of its more notorious legacies is the massive disparity and wealth and income resulting from its favoring of the top 0.1% over everyone else. The mega-rich have seen their assets skyrocket in value, while the masses have been mercilessly squeezed between similarly rising costs of living and stagnant wages. 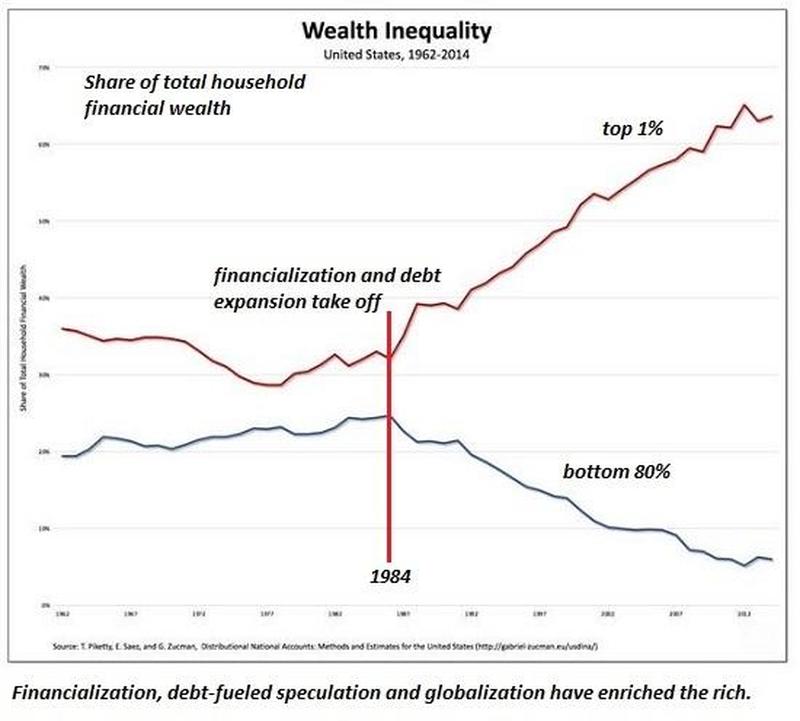 How have the tone-deaf politicians responded? With tax breaks for their Establishment masters and new taxes imposed on the public. As a result, populist ire is catching fire in an accelerating number of countries, which the authorities are anxious to suppress by all means to prevent it from conflagrating further — most visibly demonstrated right now by the French government’s increasingly jack-booted attempts to quash the Yellow Vest protests:

Meanwhile, two other principal drivers of the past decade’s ‘prosperity’ are also suddenly in jeopardy.

China’s once-unstoppable economic growth engine is now sputtering badly. The slowdown is so pronounced that it’s now feared it will drag world GDP down to a decade low this year…