That Guaidó may be called president by Trump does not make him such.

The U.S. has been intervening in oil-rich Venezuela since at least the early 2000s. Several U.S. backed attempts to oust the elected socialist government, first under Chavez and then under Maduro, failed. But the economic sanctions by the U.S. and its lackeys have made the life for business and the people in Venezuela more difficult. With access to international financial markets cut off, the government did its best to work around the sanctions. It, for example, bartered gold for food from Turkey. But the Bank of England, which is custodian of some of Venezuela’s gold, has now practically confiscated it.

The Trump administration is launching another attempt to kick the elected government led by President Maduro out of office. Today the usually hapless opposition in Venezuela is set to launch another period of street riots against the government. It calls on the military to take over:

Opposition leaders are also urging Venezuela’s powerful armed forces to withdraw their support for Maduro. And they are taking their campaign abroad by lobbying foreign governments to cut diplomatic and economic ties with Caracas.On Tuesday, U.S. Vice-President Mike Pence said that Washington would support any effort by the opposition to form a provisional government to replace Maduro. Addressing average Venezuelans, Pence added: “We stand with you and we will stay with you until democracy is restored.”

President Trump is now expected to recognize the opposition leader in the National Congress Juan Guaidó, who does not have a majority in the country, as the nation’s president. 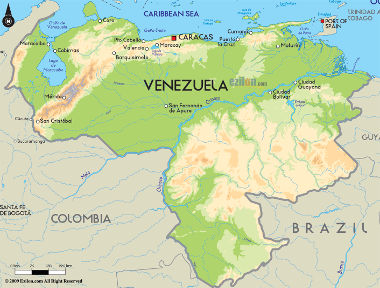 biggerBut the National Congress no longer has legal power. In 2017 that role was taken over by the elected Constitutional Assembly, which supports the Venezuelan government. The Venezuelan Supreme Court ratified the change. That Guaidó may be called president by Trump does not make him such…