By Annie Machon and cross-posted from Consortium News

Just after midnight on Aug. 16, I was called by LBC Radio in London for a comment on a breaking story on the front page of The Daily Telegraph about British spies hacking the EU. Even though I had just retired to bed, the story was just too irresistible, but a radio interview is always too short to do justice to such a convoluted tale. Here are some longer thoughts.

For those who cannot get past the Telegraph paywall, the gist is that that the European Union has accused the British intelligence agencies of hacking the EU’s side of the Brexit negotiations. Apparently, some highly sensitive and negative EU slides about British Prime Minister Theresa May’s plan for Brexit, the Chequers Plan, had landed in the lap of the British government, which then lobbied the EU to suppress publication.

Of course, this could be a genuine leak from the Brussels sieve, as British sources are claiming (well, they would say that, wouldn’t they?). However, it is plausible that this is the work of the spies, either by recruiting a paid-up agent well placed within the Brussels bureaucracy, or through electronic surveillance.

The Ugly Truth of Spying

Before dismissing the latter option as conspiracy theory, the British spies do have experience. In the run-up to the Iraq war in 2003, the United States and the United Kingdom were desperate to get a United Nations Security Council resolution to invade Iraq, thus providing a fig leaf of apparent legitimacy to the illegal war. However, some countries within the UN had their doubts (including France and Germany), and the U.S. asked Britain’s listening post, GCHQ, to step up its surveillance game. Forewarned is forearmed in delicate international negotiations. 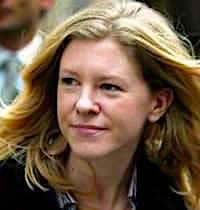 How do we know this? A brave GCHQ whistleblower named Katharine Gun leaked the information to The Observer. For her pains, she was threatened with prosecution under the draconian terms of the UK’s 1989 Official Secrets Act and faced two years in prison. The case was only dropped three weeks before her trial was due to begin, partly because of the feared public outcry, but mainly because her lawyers threatened to use the legal defense of “necessity”—a defense won only three years before during the case of MI5 whistleblower David Shayler. Tangentially, a film is being made about Gunn’s story this year.

We also have confirmation from one of the early 2013 Edward Snowden disclosures that GCHQ had hacked its way into the Belgacom network—the national telecommunications supplier in Belgium. Even back then, there was an outcry from the EU bodies, worried that the UK (and by extension its closest intelligence buddy, the U.S.), would gain leverage with stolen knowledge.

So, yes, it is perfectly feasible that the UK could have done this, even though it was illegal back in the day. GCHQ’s incestuous relationship with America’s National Security Agency gives it massively greater capabilities than other European intelligence agencies. The EU knows this well, which is why it is concerned to retain access to the UK’s defense and security powers post-Brexit, and also why it has jumped to these conclusions about hacking…

One thought on “Have British Spies Been Hacking the EU?”