By Glenn Greenwald and cross-posted from The Intercept

THE NEW YORKER is aggressively touting its 13,000-word cover story on Russia and Trump that was bylined by three writers, including the magazine’s editor-in-chief, David Remnick. Beginning with its cover image menacingly featuring Putin, Trump, and the magazine’s title in Cyrillic letters, along with its lead cartoon dystopically depicting a UFO-like Red Square hovering over and phallically invading the White House, the article is largely devoted to what has now become standard — and very profitable — fare among East Coast newsmagazines: feeding Democrats the often xenophobic, hysterical Russophobia for which they have a seemingly insatiable craving. Democratic media outlets have thus predictably cheered this opus for exposing “Russian President Vladimir Putin’s influence on the presidential election.” 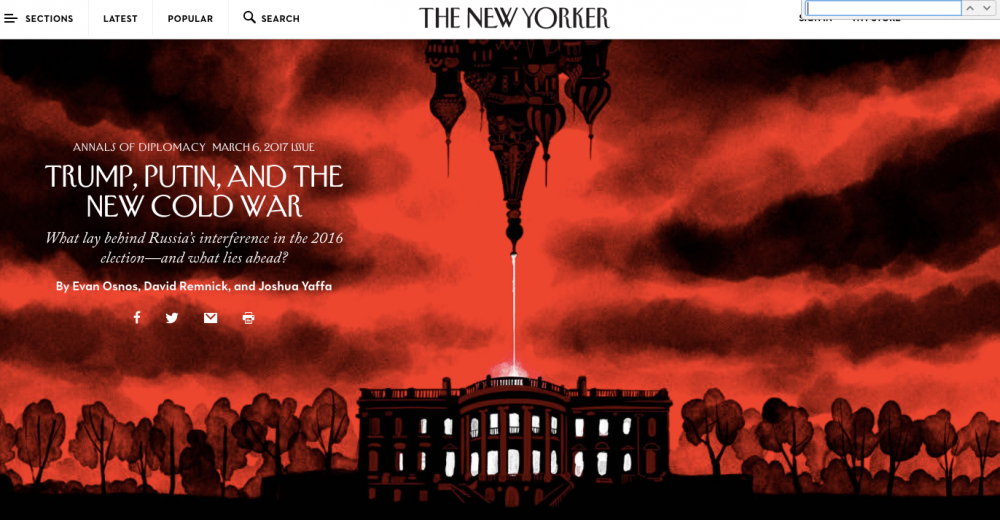 But featured within the article are several interesting, uncomfortable, and often-overlooked facts about Putin, Trump, and Democrats. Given that these points are made here by a liberal media organ that is vehemently anti-Trump, within an article dispensing what has become the conventional Democratic wisdom on Russia, it is well worth highlighting them…